You don’t want to have brown rats or black rats infesting your house. They’re both terrible pests that carry a multitude of diseases, and both of them are messy and destructive.

Still, you have to know what type you’re dealing with. It’s important, because black and brown rats can act very differently.

They’re named after their colours. But in reality, you can find brown and black examples of both species.

The brown rat, with the Latin name Rattus norvegicus, is also known as the Norwegian Rat (no offence to our Norwegian friends). 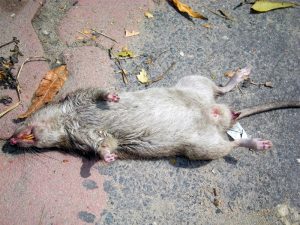 If you’re scared of rats, then you’ll probably hate the brown rat the most. The brown rat is the biggest of the two species. That includes the size of their teeth. Also, brown rats are the ones who love to live in sewers. Brown rats are big, mean, and stinky.

Scientists consider Northern China to be the brown rat’s original home. Now the brown rat has conquered every continent besides Antarctica. Take a look at this map of its distribution. That’s pretty impressive. 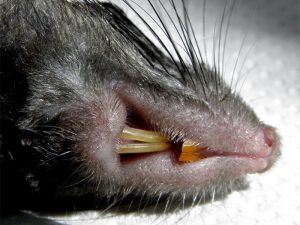 Black rats also originated in Asia, but they originate from the Southeast, and from India. These guys come from the forest, which is why they’re so good at climbing. Their tree-hugging past is the reason why they love to live up in the rafters of your house. That’s what earned them their nickname: roof rats.

The black rat was spread throughout Europe by the conquering Roman Empire. The Europeans then proceeded to conquer a huge chunk of the world. The black rats piggybacked on their victory.

Which one is worse?

Unless you’re some kind of rat racist, you won’t really find one of the species to be worse than the other. Both brown rats and black rats have been known to carry potentially deadly diseases.

Rat-bite fever is, unsurprisingly, transmitted by rats. Contact with either species of rat can also leave you with leptospirosis, Lymphocytic choriomeningitis, Hantavirus Pulmonary Syndrome, Salmonellosis, and the bubonic plague.

Can “Roof Rats” help me out?

We’ve spent years dealing with every kind of rat you can imagine. We have special tactics that we can apply depending on the species that we’re dealing with. We understand the diet, behaviour, and habitat of both.

It’s worth mentioning that rats are incredibly adaptable, and it’s not impossible to find black rats burrowing under your house or brown rats in your roof. These are just generalizations.

Whichever rat species you happen to be dealing with, we can help you. Contact us via telephone or email today and let us help you rid yourself of your rat problem. We clean where others fear to tread!