Rats around the house and in offices can be a serious nuisance. They cause damage by gnawing on cables, even sometimes car wiring, wires in the roof and plastic pipes. They are a serious health risk as well, causing human diseases through their urine and droppings. Rats live on food and rubbish left in open areas, and use buildings – especially roofs – for warmth as well as for shelter. Gnawing rats can cause fires and electrical shorts by chewing on cables, water leaks by biting through pipes, and

Often seen in places where there has recently been demolition or construction work, where rubbish is lying around, in drains, as well as in rural areas, rats are a growing nuisance. With the abundance of food available, rats are less likely to take poisoned bait.

Rats are attracted by food

The average lifespan of a rat is 18 months and one pair can produce a colony of 2,000 rats in a year. In order to reproduce at such an alarming rate, up to 30% of the female rat population is pregnant at any time. Females become sexually mature at just 8-12 weeks, gestation is between 21 and 23 days, and females are able to conceive whilst suckling a previous litter, often mating within 18 hours of giving birth. Rats breed throughout the year if the weather is mild and there is plenty of food. Up to 13 litters are possible each year, each one consisting of 7-9 young.

They eat the equivalent of 10% of their body weight daily, consuming rubbish, leftover dog food, bird food and even dog excrement.

Rats are largely nocturnal but will feed in the day time if there is enough food laying around in streets or alley ways. So if you see a rat during the day time it’s probably because it’s been feeding on dumped household waste. 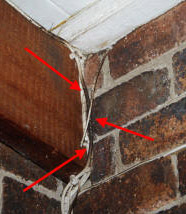 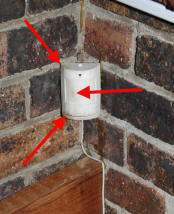 Note the dicolouration on the alarm sensor 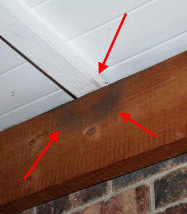 Trails left by rats in the house. This black “streaking” is left from the grease on the rats’ fur