Hantavirus Pulmonary Syndrome (HPS): This is a deadly disease transmitted by infected rodents through urine, droppings, or saliva. Humans can contract the disease when they breathe in aerosolized virus. HPS was first recognized in 1993, and although rare, HPS is potentially deadly. Rodent control in and around the home remains the primary strategy for preventing hantavirus infection. 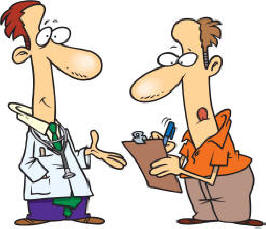 Murine Typhus (caused by infection with Rickettsia typhi) occurs worldwide and is transmitted to humans by rat fleas. Flea-infested rats can be found throughout the year in humid tropical environments, but in temperate regions are most common during the warm summer months. Travelers who visit in rat-infested buildings and homes, especially in harbour or riverine environments, can be at risk for exposure to the agent of murine typhus.

Rat-Bite Fever (RBF) is a systemic bacterial illness caused by Streptobacillus moniliformis that can be acquired through the bite or scratch of a rodent or the ingestion of food or water contaminated with rat faeces.

Salmonella Enterica Serovar Typhimurium: As its name suggests, it causes a typhoid-like disease in mice. In humans Salmonella typhimurium does not cause as severe disease as Salmonella typhi, and is not normally fatal. The disease is characterized by diarrhoea, abdominal cramps, vomiting and nausea, and generally lasts up to 7 days. Unfortunately, in immuno-compromised people, that is the elderly, young, or people with depressed immune systems, Salmonella infections are often fatal if they are not treated with antibiotics. 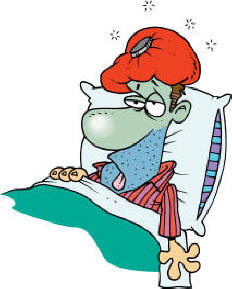 Leptospirosis (also known as Weil’s syndrome, canicola fever, canefield fever, nanukayami fever, 7-day fever, Rat Catcher’s Yellows, Fort Bragg fever, black jaundice, and Pretibial fever) is a bacterial disease that affects humans and animals. It is caused by bacteria of the genus Leptospira. In humans it causes a wide range of symptoms, and some infected persons may have no symptoms at all. Symptoms of leptospirosis include high fever, severe headache, chills, muscle aches, and vomiting, and may include jaundice (yellow skin and eyes), red eyes, abdominal pain, diarrhoea, or a rash. If the disease is not treated, the patient could develop kidney damage, meningitis (inflammation of the membrane around the brain and spinal cord), liver failure, and respiratory distress. In rare cases death occurs.

Leptospirosis is among the world’s most common diseases transmitted to people from animals. The infection is commonly transmitted to humans by allowing water that has been contaminated by animal urine to come in contact with unhealed breaks in the skin, the eyes, or with the mucous membranes. Outside of tropical areas, leptospirosis cases have a relatively distinct seasonality with most of them occurring in spring and autumn.

Eosinophilic Meningitis is an infection of the brain occurring in association with an increase in the number of eosinophils, white blood cells that are associated with infection with worms that penetrate into the body. The organism most commonly causing eosinophilic meningitis is a rat lung worm called Angiostrongylus cantonensis.

Rickettsialpox is an illness caused by bacteria of the Rickettsia genus (Rickettsia akari). The bacteria is originally found in mice and cause mites feeding on the mice to become infected. Humans will get rickettsialpox when receiving a bite from an infected mite, not from the mice themselves. The mite is Liponyssoides sanguineus, which was previously known as Allodermanyssus sanguineus. The first symptom is a bump formed by the bite, eventually resulting in a black, crusty scab. Many of the symptoms are flu-like including fever, chills, weakness and achy muscles but the most distinctive symptom is the rash that breaks out, spanning the infected person’s entire body.